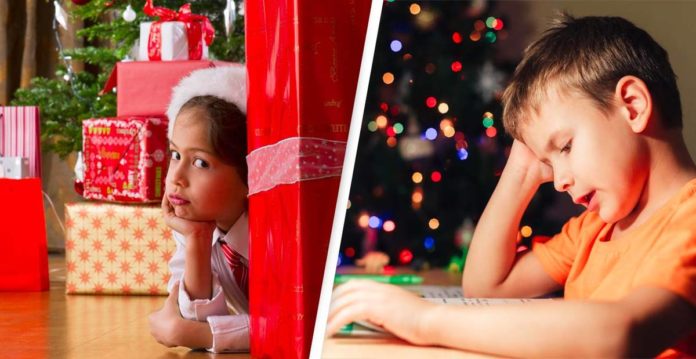 The times, they are a-changing. Once upon a time, toys and video consoles were must-have gifts. Now, Christmas morning has a different ‘filter’.

A handful of gifts stand out in my festive memories: ripping open my Woody (stop that) as a Toy Story-obsessed boy; peeling back the wrapping paper to find a PlayStation 3 for my brother and I, equipped with Skate and Assassin’s Creed; and the PS4, leaving me stunned with proper next-gen gameplay.

Those days are past for many children now, but in the past, they shouldn’t remain. Apologies in advance for the old-man-screams-at-cloud energy, but the advent of smart technology and social media has been eroding the essence of childhood for years now – I feel rather lucky to have a childhood that valued how great it is to play, not just scroll.

I remember the first time I got a phone for Christmas: it was a Nokia X6, which was considered somewhat of a smartphone back then, and the divide between Apple and Android wasn’t quite so Capulet and Montague.

I was hyped beyond compare; for the first time, I’d owned a phone that wasn’t a hand-me-down, with Facebook, YouTube (appallingly slow, of course) and a generous-use-of-decent camera. Eagerly, I texted my friends and browsed social media for a large chunk of the day, quite content in my couch-sunk divot of chocolate wrappers, root beer and the glow of my tiny touchscreen.

How depressing, really. I’ve never since gotten a phone as a present: firstly, because they’re really bloody expensive, well beyond a reasonable request for a ‘main’ present; and two, they’re glitzy, super-powered bits of kit that are actually really boring gifts.

Why would I want to spend my Christmas day doing what I do every other day of the year, both as part of my job and my helpless screen addiction? The best gifts are things you really want, but would never buy for yourself; for example, my girlfriend got me the jacket from Drive. There’s not a single phone out there that makes me feel like a real hero, nor a human being.

When iPhones really started creeping out as the majority for phone-owners, evolving past the novelty of using its motion sensors to guzzle a fake beer in the iPint app, one question increasingly, gratingly parroted among children in busy living rooms at family parties everywhere: ‘You got games on your phone?’ After some resistance, they’d latch their grubby paws on and play Angry Birds.

This is how it starts; the fever, the rage, the feeling of powerlessness. Social media obsession is a problem, I, you and most tech-users suffer, and the fact that kids are so keen on continuing the cycle of pricey purchases, whether it’s begging for a new Apple Watch, iPad, iPhone or wallets forbid, a MacBook Pro – just so they can scratch that daily dopamine itch on a nicer screen or be seen to have the latest ‘thing’, is genuinely despairing.

Toys still fly off the shelves; there’ll no doubt be a ‘hot’ gift flooding homes this year – nevertheless, the poison of bank-crippling tech only gets worse every year. This isn’t to say the latest games console isn’t a ball-ache to afford, likely to cost you anywhere between £400-600 depending on where you buy and how far you go with titles and accessories.

With online retailers, there’s also the growing strain of scalpers on popular items, making shopping less of a Jingle All The Way clash of the titans and more desperately underwhelming, leaving parents stuck on a loop of refreshes, baskets and processing errors, before they’re inevitably out of stock.

But, and here’s the key bit, they’re meant for fun. When your mum and/or dad secured that console, whether it was a NES, N64, PS2 or PS5, any resentment for the struggle to buy it is rendered insignificant by your joy on Christmas morning; the ‘AHHH!’ upon opening it, frenziedly setting it up, sitting cross-legged retina-scorchingly close to the TV, calling them through to watch you beat a bad guy or score a goal.

They’re portals to somewhere else; smartphones are incredible, but they’re no match for the happiness of a new toy.