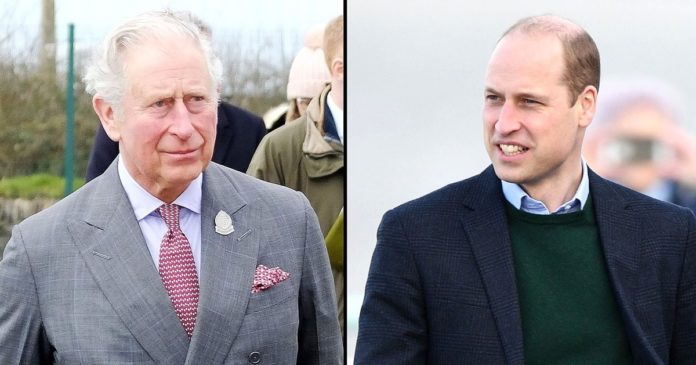 How Princes Charles, William Are Preparing for Future King Roles

Their rightful roles! Prince Charles and Prince William plan to “guide each other” on their paths to the British throne, a source exclusively reveals in the latest issue of Us Weekly.

“William is excited about this new chapter in his life and the challenges he’ll be facing,” the insider notes, adding that the 39-year-old Duke of Cambridge will “be taking on extra duties over the next decade” while preparing to be king.

The prince is second in line for Queen Elizabeth II‘s throne following Charles, 73. The father-son duo will be “working very closely” together as they each get ready for their future responsibilities. William and Charles have also made “the big decision [of] making and creating a slimmed down monarchy,” per the source.

“The way William and Charles see it, less people means less drama,” the insider tells Us.

While the Prince of Wales is confident that his eldest child “knows what he’s doing,” he’ll be there to help along the way. “[Charles] will ensure that his son is up to speed the ins and outs of the royal family on a deeper level and William will help Charles come up with new, fresh ideas about modernizing the monarchy,” the insider says, noting that both royals want “to be as fully prepared as possible” for the end of the 95-year-old queen’s reign.

Prince Harry‘s brother “has high ambitions to be known as the People’s King,” the source adds. “[He’s] creating the perfect balance of being relatable to the public at the same as being a respected role model and decision-maker.”

Charles’ mother is the longest-reigning monarch in British history. Earlier this month, the queen celebrated her Platinum Jubilee marking 70 years in power — and made a big announcement about the future of the throne.

“When, in the fullness of time, my son Charles becomes King, I know you will give him and his wife, [Duchess] Camilla, the same support that you have given me,” the royal matriarch noted in a statement on February 5. “And it is my sincere wish that, when that time comes, Camilla will be known as Queen Consort as she continues her own loyal service.”

The couple tied the knot in 2005, and a formal decision had not yet been made about the title Camilla, 73, would receive once Charles becomes king. After Elizabeth confirmed the news, a source told Us that Charles “is over the moon” about ruling with his wife by his side, adding, “It’s a dream come true.”

William, for his part, has big plans for himself and Duchess Kate when their time comes. “[He] has more than proved himself to be worthy,” a third source told Us in May 2021. “Kate is his rock and they work as a team.”

For more on the future of the British throne, watch the video above and pick up the latest issue of Us Weekly, on newsstands now.

Listen to the Royally Us podcast for everything you want to know about our favorite family across the pond.