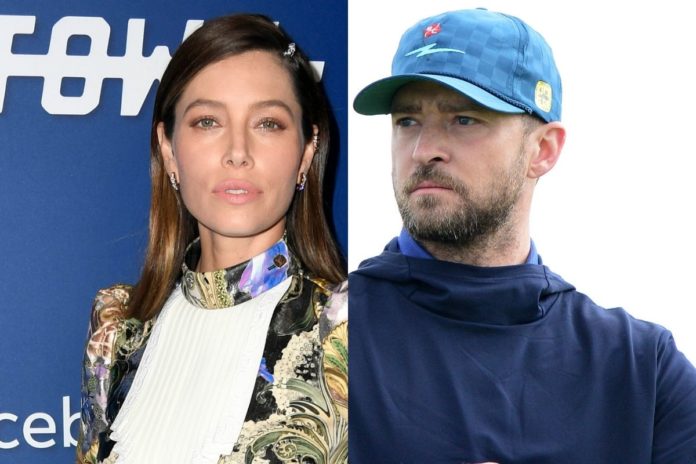 Justin Timberlake, Jessica Biel’s Marriage ‘Might Not Be Salvageable’ After Wave Of Cheating Allegations, Source Says

Are Justin Timberlake and Jessica Biel struggling to save their marriage? One tabloid claims the latest cheating allegation leveled against Timberlake was the final straw for Biel. Let’s check in on the parents of two.

Not long ago, Star reported Justin Timberlake and Jessica Biel were headed for divorce after new allegations of infidelity were leveled against Timberlake. Back in November, celebrity gossip Instagram account Deuxmoi shared an anonymous tip accusing the “Cry Me a River” singer of “making out with a woman” at an Atlanta bar. While the rumors began and ended there, sources say it took a toll on Biel’s already-fragile trust. “Jessica is doing her best to ignore the rumors,” an insider spills.

“But it’s getting more and more difficult. This relationship might not be salvageable.” The tabloid reminds readers of the photographs that surfaced in 2019 of Timberlake holding hands with his Palmer co-star Alisha Wainwright. While Timberlake apologized for his actions on that boozy night out, sources say Biel has struggled to rebuild her trust in him. “He pleaded for a second chance, and she gave it to him,” the tipster confides. “But these new rumors have put Jessica on edge again. How much more humiliation can she take?”

The only ones taking this latest cheating rumor seriously are the tabloids. Deuxmoi notoriously doesn’t vet its anonymous tips and shares hundreds of them every month. Unless there’s photographic evidence accompanying a tip, they rarely amount to anything. While this tip was huge for the tabloids, we wouldn’t be surprised if the rumor never even made it back to Biel.

And as the last few months have shown us, Justin Timberlake and Jessica Biel are doing better than ever. Biel and Timberlake had a blast celebrating Timberlake’s birthday back in January with an ’80s themed party.

And the couple just celebrated Biel’s 40th birthday with an intimate celebration with their kids. To mark the occasion, Biel posted a throwback photo of her and Timberlake cuddled up on a couch enjoying a meal together.

Clearly, Timberlake and Biel weren’t bothered by the latest gossip, and their marriage is doing just fine.

The Tabloid On Justin Timberlake And Jessica Biel

What Ryan Seacrest, Julianne Hough’s Relationship Is Really Like