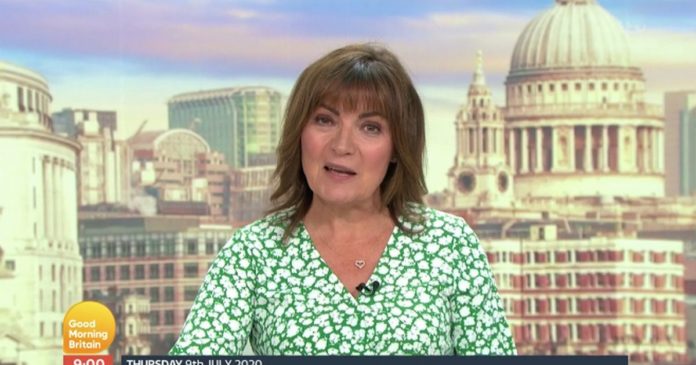 Lorraine Kelly issued a savage burn against music mogul Simon Cowell over “not looking like himself”, as guest Craig David cringed.

The music legend, 40, joined the Scots presenter on the show as rumours circulate that he will be joining Simon for a new primetime TV gameshow.

Simon is set to take the entertainment industry by storm later this year by releasing a new music game show called Walk The Line on ITV.

As Lorraine grilled Craig on the rumours, a large picture of the media mogul flashed up on the screen behind them.

Glancing at the picture, he said: “Handsome man, though – he’s looking well.”

But Lorraine didn’t appear quite so convinced as she said: “He doesn’t look like himself, mind you! But maybe that’s no bad thing, though. You never can tell!”

It comes after Simon reportedly quit the show after it was revealed that it would only be on screens for a week.

The gameshow was being touted as the 62-year-old music mogul’s big comeback, but he has announced that he is stepping down as one of the show’s judges.

He is set to be replaced by Take That star Gary Barlow as the show prepares to make its arrival.

However, unlike Britain’s Got Talent and the X Factor, it’s said that the live show will only be on the box for a week as it will be “stripped” into six episodes which will air over consecutive nights.

A source told The Sun : “This might come as something of a surprise to viewers as they associate Simon’s shows, namely X Factor and Britain’s Got Talent, with Saturday night telly.

If, like us, you love a good dose of celebrity gossip then we’ve got you covered.

From Lorraine Kelly and Janey Godley to Gordon Ramsay and Sir Rod Stewart, our weekly Showbiz newsletter is packed with the latest news on your favourite stars from Scotland and beyond.

Signing up couldn’t be easier! Simply enter your email address in the box further up the page or click here to view our wide range of newsletters.

“But Walk The Line is very much a mid-week show, in a similar vein to the BGT live finals.

“Except the live final of the new game show may not even fall on a Saturday — ITV schedulers have yet to decide.

“Simon and the team felt that stripping the show like this lent itself to building up the tension and seemed a more fitting approach in the world of binge-viewing.”

Lorraine airs weekdays at 9am on ITV