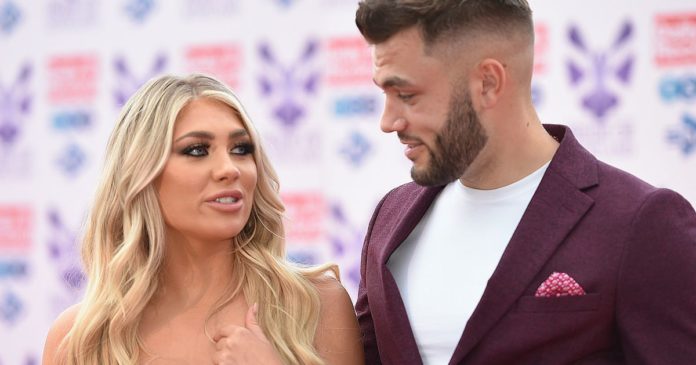 Scots Love Island star Paige Turley has laughed off claims that she and her boyfriend Finley Tapp have split after it was reported that they spent the Easter break apart.

The reality star took to Instagram to update her followers to say that they were very much still together.

She shared the article from The Sun newspaper on her Instagram Stories and addressed her 1.7 million followers.

She said: “Guys, now I’ve seen a lot of articles but that one has got to be up there…EASTER APART?! The actual toxicness that we can’t spend a week apart, he’s had two f*****g years of me, give the guy a break!”

Paige was enjoying herself over the Easter weekend and even tried some famous Panther Milk.

The reality star was prompted to taste the Glasgow vegan cocktail brand after seeing it on Dragon’s Den.

The West Lothian beauty shot to fame on the 2020 series of Love Island after winning the ITV dating show with beau Finley Tapp, who she now lives with down in Manchester.

Earlier this month, Paige told the BBC’s Kerr Okan she’s struggled to be taken seriously as a musical artist since leaving Love Island, and because of her relationship with Lewis Capaldi.

She said: “I think a lot of people thought that coming from the show would be this huge advantage because I’ve got a platform and people that follow me.

“But if anything it’s more difficult I’ve found. It’s a bit of a double-edged sword.

“I’ve got this platform but people don’t know me for music so it’s been challenging but hopefully in the long run it pays off.

“A lot of the audience that are there just now want to see what you’re wearing, they want to see how you’re styling your hair.

“So if you put on anything music-related they don’t know you or follow you for that.

Paige has had a successful career as a social media influencer since coming off the show, and worked with brands like Hello Fresh, DisneyWorld and In The Style.