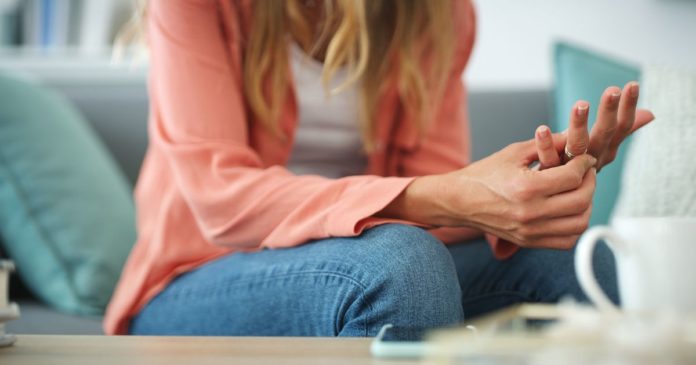 A woman has claimed her son told her she was ‘materialistic’ after he asked to give his girlfriend her engagement ring, but she refused to hand it over to him as she wanted to keep it

He called her selfish (stock photo) (

Engagement rings are special things and often hold a lot of sentimental value, so it’s understandable that someone wouldn’t be so eager to part with theirs.

One woman has shared how she loves her ring so much that she didn’t want to part with it when her son asked if he could have it.

She explained that her 26-year-old son Sam wanted to gift the ring to his long-term girlfriend Emily as a “family heirloom”.

The couple had announced their engagement, but Sam was yet to get Emily a ring, as he hoped he wouldn’t have to spend the money.

However, his mother wasn’t so keen on his plan to take the ring.

Writing on Reddit’s Am I The A**hole forum, she said: “Sam wanted my engagement ring to give to Emily. Sam said this would be a great way to keep him from starting his marriage in debt from having to buy a new expensive diamond ring. Emily also added that she has liked the look of my ring a lot and would love for me to pass it down to her.

“I love my engagement ring. I have worn it every day since my husband proposed to me with it and to be honest, I still have plenty of years to live that I want to keep wearing it until I am old and grey. Also, my ring is not a family heirloom. My husband chose and bought this ring for me many years ago. So, I told them that I appreciated them wanting my ring, but no, I wanted to keep it.

“I listed out the reasons above and how I don’t want to part with my ring yet for the rest of my still-long life. However, when I am old, I would be more than happy to give it to their future children.”

Neither Sam nor Emily took this very well, with her son branding her “selfish and materialistic”.

She continued: “He said that diamonds are a scam and asked how I could let him go into debt to buy a new ring. Emily was disappointed and said that she had hoped that my ring could become a family heirloom and it would be a token of accepting her into our family (I have always liked Emily and we got along great).

“They also said that I could keep my wedding band so it wasn’t like they were leaving me without any rings to wear.”

The mum asked if she had been in the wrong for turning down her son and admitted her husband was on her side and he was happy she still loved her ring after all these years.

More than 3,000 people responded to the post, branding the newly engaged couple “self-absorbed” and urging them to grow up.

One person wrote: “Bad enough that Emily was there too, but Emily actually piping up to express her own disappointment?!?! This is gobsmacking. What’s next, they ask to be gifted OP’s house so they don’t “start their marriage in debt”? While we’re at it, go ahead and throw in all your savings, you two are OLD and your life is basically over anyway! If I was OP I’d be seriously questioning where me and my husband went wrong in raising this self-absorbed AH and how he could possibly have turned out this way. NTA time for them to grow up.”

Another replied: “So not the way to start off your relationship with your MIL. Also, if they’re so concerned about ‘materialism’ and the cost of a diamond then they could always get a cheaper stone. Hell, pawn shops are full of other people’s heirlooms and diamond rings for a bargain if OP is insistent on an actual diamond while still being a cheap a**hole.”

A third pointed out: “if diamonds are a scam then why do they need one? This is ridiculous and hypocritical of them.”

Someone else added: “You know what is selfish? Demanding other people’s property because you’re too cheap to buy your own.”

What do you think? Let us know in the comments below.