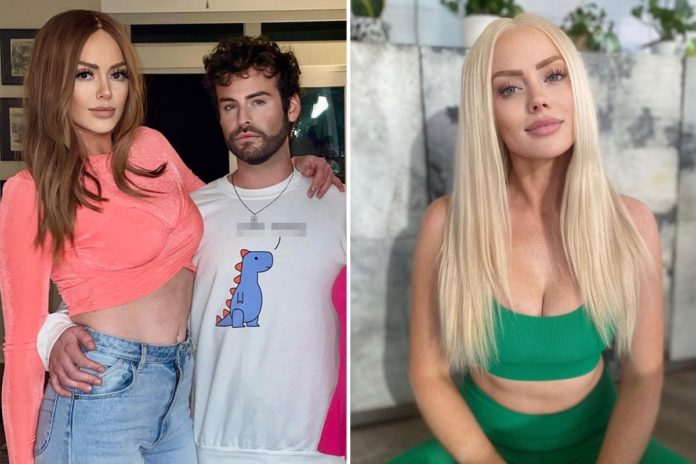 SOUTHERN Charm’s Kathryn Dennis showed off her fit body in a tiny crop top after shocking fans with her transformation.

Fans thought Kathryn looked completely unrecognizable with her drastic hair change after she admitted she “misses” her kids.

Kathryn, 30, posted a couple of photos on her Instagram Story showing off her brand new look.

The Southern Charm star showed off her flaming red hair after posting photos with her hair bleach blond last week.

Kathryn posted a smoky selfie as she cozied up next to her friend, Jake.

Complimenting her red hair, Kathryn wore a purple satin corset-style crop top with giant bows tied at the tops of her shoulders. 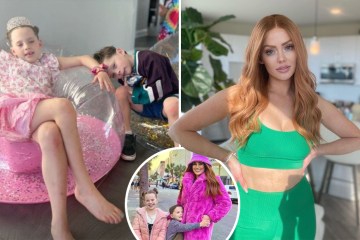 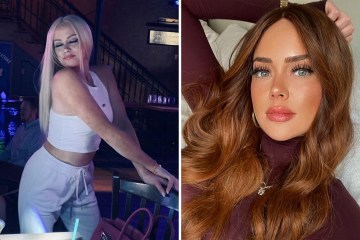 In a second photo, Kathryn smiled next to more friends and wore a long-sleeved pink crop top that showed off her toned stomach.

Kathryn posted yet a third photo on her Story, where she crouched and smiled to pose with friends for the snap wearing the same shimmery satin top.

As Kathryn has continued to flaunt her tiny toned figure and flop between her red and blond looks, fans wondered if the mom-of-two was alright.

Kathryn posted a photo on Instagram as she sported a tiny white crop top, sweatpants, and long, straight, blond hair.

She captioned her post: “Wanna go to Ibiza tomorrow?”

Although fans jumped to the comments to check in with the star.

Another fan asked: “Who poses in a restaurant in sweat pants?” along with a laughing emoji.

A third fan mentioned: “Something tells me you are not dating Austin.”

A fourth person chimed in: “Where is red hair?? No, no to blonde!”

A commentator pointed out: “All that fighting in family court for you to go take pics drinking in a damn bar.”

Recently, Kathryn shared her new look as she switched to blonde hair, had a tiny nose, and a plump pout.

While on Instagram, the TV star posed in green leggings and a matching sports bra for her photoshoot.

She wrote: “New looks by The Hair Mama. Wigs are so much fun.”

Critics jumped onto the comments section as they happened to be in favor of her original hair color.

One critic said: “The strawberry blonde one with the root looks best.”

A fourth person pointed out: “Who is that? Because it sure doesn’t look like Kathryn Dennis.”

As Kathryn has been bouncing between extreme looks, she recently admitted she misses her kids Kensie, eight, and Saint, six.

The star lost the custody battle to her ex Thomas Ravenel after their divorce last year.

Thomas accused his former partner of using drugs and neglecting the children in 2021.

On Monday, Kathryn shared sweet snaps of her two children to Instagram.

She captioned a photo of her daughter Kensie holding a Furby toy in a dress: “Wish you were here.”

Kathryn captioned a photo of her son Saint in a hockey jersey: “Missing you.”

After posting more group photos of her kids, the Charleston-based mom posted an image of one broken nail on her otherwise glittery hand and wrote “fckn Monday.”

Kathryn recently reunited with her children to celebrate her daughter Kensie’s eighth birthday, and the photos she’s now posted appear to be from that bash.