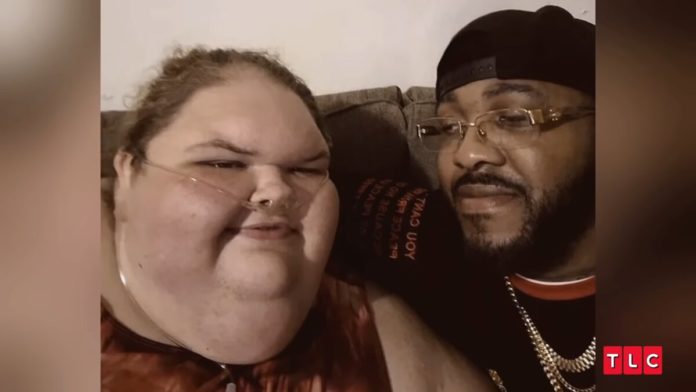 Tammy Slaton reunites with ex-boyfriend Phillip while in rehab

Tammy Slaton has some shocking news for her fans. The 1000-Lb. Sisters star is back together with her ex-boyfriend, Phillip.

The couple met online on a dating app and quickly formed a bond. He traveled to Kentucky to visit Tammy and the two made plans to continue their relationship.

After cheating allegations and even claims of harassment from Phillip, Tammy eventually ended their relationship. However, it looks like the two have resolved their issues and are once again a couple.

Tammy gets a visit from Phillip in rehab

For nearly a year now, Tammy has been in a rehab facility in Ohio. She’s gotten few visitors while there, but her latest guest may be shocking to fans.

Phillip made another trip to Tammy and visited her in rehab. He went live on his TikTok account where the two made their second debut as a couple.

During the live, they didn’t say much about their relationship and avoided most questions from viewers in the comments. Tammy was seen wearing his jewelry though – a gold necklace and a “P” pendant.

They talked about their plans for the future, which included moving in together once Tammy is out of rehab, and even having a baby. The news that they were hoping to start a family together was shocking as Tammy has previously said she didn’t see herself wanting kids.

Their rekindled relationship was also solidified through Tammy’s new TikTok account. She recently started sharing videos with Phillip with the two expressing their love for one another in the comments section.

Getting back together with Phillip may be an issue for Tammy’s loved ones. They previously warned her that he was using her to be on TV and was clout chasing. They also felt he may be a feeder – someone who enjoys watching an overweight person eat and get bigger.

They were concerned that Phillip may distract Tammy from her health goals and felt he was not good for her. After arguing that Phillip supported her weight loss, Tammy later admitted that he wanted her to stay the same size.

Tammy was recently approved for bariatric surgery. Hopefully, reuniting with Phil will not slow down her progress and cause her to lose track of her goals.

With the news about the return of Phillip, some fans who follow Tammy closely may be wondering about another man who claimed to be in love with her recently.

Just weeks ago, a mystery man named Mikey Mooney revealed that he was spending time with Tammy and the two were in a relationship.

He shared his story on his Facebook account. He said he’s known Tammy for years and had been chasing ever since. He claimed the two were extremely happy together and that he didn’t care about her weight but supported her journey.

As recently as mid-May, Mikey was sharing pictures of the two together as he visited her in rehab. They were also exchanging romantic messages to one another on his social media pages.

So, what happened between the short time the duo went public with their romance and Phillip reentered the picture? The details of their split are unclear, and any trace of their relationship has vanished.

Tammy refused to answer any questions about it during her live on TikTok and didn’t even acknowledge the relationship. As for Mikey, his Facebook page now appears to be deactivated and his online presence is gone. It looks like they both have moved on from one another.

1000-Lb. Sisters is currently on hiatus and streaming on Discovery+.