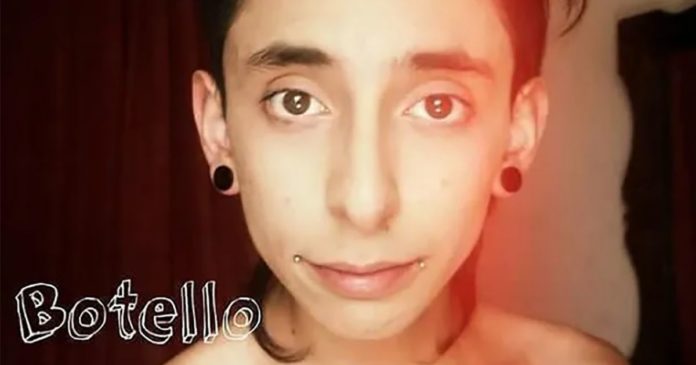 Raiden Dos Caras, from Colombia, started getting tattoos when he was just 12. Now the 24-year-old father is covered – and he’s had a variety of other body modifications

A tattoo enthusiast has shared a series of before and after snaps to show off his extensive collection of inkings.

Raiden Dos Caras has been getting tattoos since he was just 12-years-old and now he’s got quite a few, including on his ears, face, and eyes.

The father from Colombia has gone to great lengths to alter his appearance and has had his nose chopped off and horns inserted into his head, as the Daily Star reports.

He has also had his ear removed, his tongue split and undergone scarification branding, and now he’s taken to Instagram with the comparison pics so you can see just how different he now looks.

Raiden has changed his appearance quite a bit
(

What do you think about Raiden’s transformation? Let us know in the comments…

Raiden – who has been nicknamed the ‘skull of two faces’ – estimates that he has spent approximately £12,000 on body modifications.

People often ask the tattoo enthusiast what he looked like before he had all of the work done, so he’s uploaded a variety of before shots on Instagram.

He said: “If they ask me if I have photos with my face without tattoos, yes I do but I was 17 years old.”

When he was younger, Raiden looked very different

The 24-year-old had his first tattoo done when he was just 12 years old and has since undergone 25 body modifications.

Raiden is always planning for more as it is his goal to become the most modified person in Latin America.

While his wife Angie Khaterine, 24, doesn’t mind the work he gets done, the same can’t always be said for his three-year-old daughter Alice.

“My daughter is young, so she still doesn’t express herself much – but she does worry whenever I have surgery,” he said previously.

“She hopes that I will be fine, but I usually bounce back into my normal, healthy self as if nothing happened quickly.”

Unfortunately, not all of his followers are fans of the body modifications he’s had done either.