Whitney Thore Gets Wet and Wild

Whitney Thore (star of My Big Fat Fabulous Life) said she wanted to get loose in the body and in the mind. Ashley Baynes came along for the ride, but it doesn’t seem like she approves of everything her TLC friend does.

Whitney from MBFFL got ready to go to a “big girl’s” retreat, and her friend Ashley asked to go along since she’s a big girl too. The head of the retreat said she would be glad for her to come, so they both got ready to head out. Whitney Thore said she definitely wanted to have some fun because she was stuck in the house for so long.

The head of the retreat wanted Whitney to do a dance class while they were there. But instead, the MBFFL star decided she would just do a dance party. Some viewers said it seemed like she wanted to get out of doing work on the lady’s retreat.

Whatever the case, she was ready to have some fun by the pool and started twerking. Ashley Baynes of My Big Fat Fabulous Life wasn’t doing any of that and suggested everyone get in the pool. That didn’t quite work out since the head of the retreat said it was much easier to twerk in the pool.

My Big Fat Fabulous Life friend Ashley Baynes said she at least avoided the solo dance they wanted her to do. She said she would much rather sit in the pool and enjoy herself. She usually has a child with her, and she just wanted to enjoy her time without worrying about anyone else.

The next day they went to do a women’s empowerment photoshoot. A lot of the women wore two-piece outfits, and some viewers said they didn’t look like they fit them. On the other hand, Ashley showed up in a nicely fitted one-piece with a cover, and fans said she looked great.

My Big Fat Fabulous Life celebrity Ashley looked like she had fun on the photoshoot. But she didn’t go overboard like the other ladies, according to viewers. Whatever the case, they looked like they had a lot of fun on the trip. 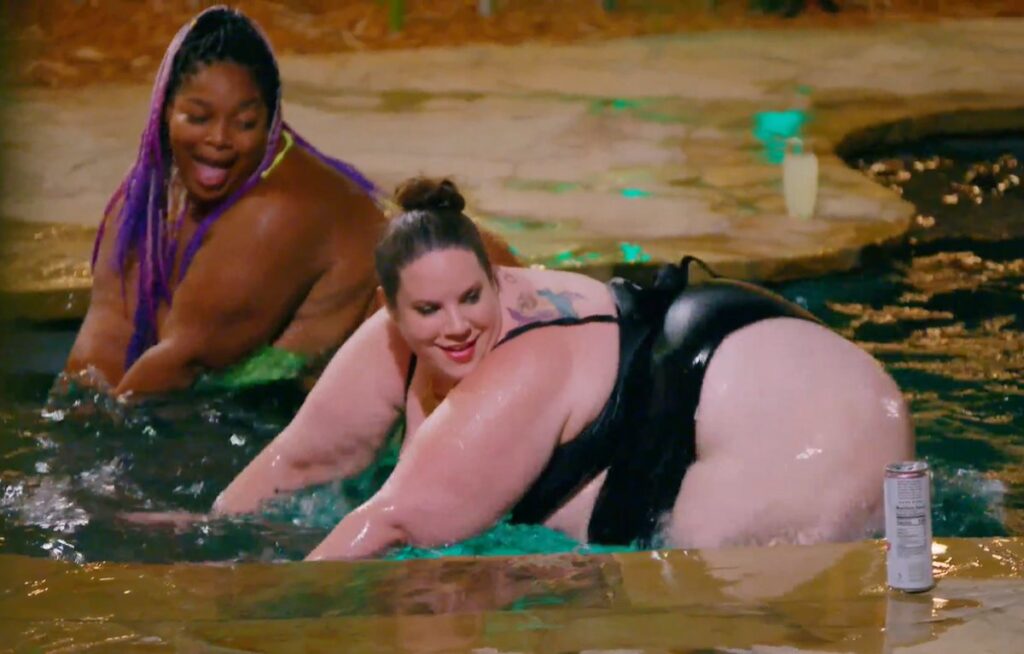 My Big Fat Fabulous Life: Ashley Finally Makes It on the Wall

Ashley Baynes asked Whitney Thore of My Big Fat Fabulous Life why she wasn’t on her friendship wall. Everyone else from their friend group was on the wall – but not her. Later her friend made it a point to get a photo and frame of them to put up on the wall.

She asked her, “Is this you remedying me not being up on the wall?” Whitney said that she was making sure she was up on the wall. And said she just hadn’t gotten around to putting a photo of them up yet.

No matter the reason, it seemed like Ashley did feel a little hurt over it. Now that Whitney Thore took her on a trip with her, everything seems to be good between them. They both are enjoying the time away from Greensboro.

One thing many My Big Fat Fabulous Life viewers admire about Whitney Thore is her group of friends. They are always there for each other – even if they don’t agree. Todd Beasley is usually the one raining on Whitney’s parade, but he means well from what we see on Soap Dirt.

Ashley gives Whitney the information she needs and doesn’t want a lot of the time. While she lived in Charlotte, she didn’t see her friends a lot, and that hurt their feelings. Now they are making up for the lost time.